Decoder Rng Theatre wiki
Register
Don't have an account?
Sign In
in: Pages with reference errors, Voiced by ?, Voiced by Steven Burley,
and 6 more

Back to page
Edit 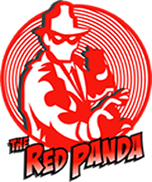 The Red Panda Adventures is a lighthearted adventure series in the style of old time radio that follows the 1930s adventures of " Canada's greatest superhero", the Red Panda, and his trusty sidekick, the "fearless fighting female" the Flying Squirrel, as they protect the citizens of Toronto from villains ranging from gangsters and supervillains to the supernatural forces of darkness. The series was created by Gregg Taylor of Decoder Ring Theatre.

The Terrific Twosome of Toronto[]

Known as The Terrific Twosome of Toronto, The Red Panda and The Flying Squirrel are the main heroes of the Red Panda Adventures.

Agents and Allies of the Red Panda[]

Agents of the Red Panda[]

The Red Panda has a large network of agents working for him. Each of his agents is given a number, they report to one of several "Contact men". The Red Panda's agents come from all walks of life, both criminal and legitimate.

Allies of the Red Panda[]

Not all of the people that assist the Red Panda and Flying Squirrel are formal agents, some are just allied to the cause of justice. Some allies of note include Dr. Theodore Chronopolis, scientist-in-residence at the Toronto Museum, Captain Tom Sunlight, A daring, high-flying, adventurer and Maxwell Falconi, international stage magician and mystic protector of the mortal realm.

The Red Panda has many enemies, some are supervillains with powers both magical and technological others are criminal gangs, diabolic cults and underworld mobsters. The world of the Red Panda is also full of Minor Criminals and Flunkies, some even work for the Red Panda as agents. From time to time the Red Panda and Flying Squirrel must fight Aliens and Extra Dimensional Creatures bent on taking over Toronto, Ontario.

Other Groups and Persons of Interest[]

The Home Team
A group of Canadian and American superheroes working for the Canadian Military during World War II. Most, if not all of them where assassinated at the end of season six.

A gun happy government agent, and leader of the Home Team.[1] Voiced by ?.
Molecule Max - Status:

A member of The Justice Union, Professor Maximilian Wiseman, was one of the cadre of heroes who went back in time to prevent Kid Chaos from changing history. Voiced by Steven Burley.
The Red Panda - Status:

August "Gus" Fenwick, a hero in the mystery man mold of the pulp era. His costume is limited to a suit and hat with a bright red domino mask (with Batman-like blank eyes) and matching red gauntlets. He has recently switched from shoes to wearing combat boots. Voiced by Gregg Taylor.
Dark Angel - Status:

A member of the Home Team. Voiced by ?.
The Green Guardian - Status:

A member of the Home Team. Voiced by ?.
John Archer - Status:

Inventor Wentworth James, A member of the Home Team. Last seen in an airplane with the Red Panda as it was exploding. Voiced by ?.

The Justice Union
An American team of superheroes working primarily out of New York. They operate out of the belief that the mystery men community needs regulations and order, otherwise they are nothing but dangerous vigilantes. Such a belief lends credence to the possibility that they are a government-sponsored, or at least government-sanctioned, team. Despite their focus on teamwork and cooperation, they have a somewhat contentious relationship with the rest of the superhero community. Not all of the reasons for this have been explained, but it is partly due to actions such as the Kirkhouse Resolution against Alternate Superteams. This led to an embarrassing confrontation in which the Society of Gentlemen Adventurers came out of retirement and, as the Red Panda put it, "handed you your big silly hats."

The Society of Gentlemen Adventurers
One of the original groups of Mystery Men.[3] Though most are currently in retirement, the Red Panda tracked them down in order to have them teach him whatever crime fighting skills they possessed.

The secret identity of Maxwell Falcone, world famous stage magician and illusionist.[3] He set out to learn how to use real magic and, against the wishes of the Council of Mages, used his powers to "interfere in the corporeal world"-- otherwise known as "fighting crime."[4] Voiced by Peter Higginson.
The Masked Phantom - Active in the early part of the century, the Masked Phantom was an occasional part of the Society of Gentleman Adventurers. He has He hasn't been heard from since the Great War, though it is possible that he had retired peacefully, as his identity was unknown even to his teammates. It is true, however, that the rest of the team was tracked down by the young Red Panda when he was completing his training[5]. The fact that there is no record of an encounter between the Red Panda and the Masked Phantom suggests the possibility that the M.P. did not survive the many secret missions he undertook in the war[6].


The Council of Mages
A group of powerful mages. They police magical and otherwise supernatural events. [7]

An operative of the council who liaises with the Red Panda and the Flying Squirrel. Voiced by Crysta Luszczek.
The Stranger - Status:

The secret identity of Maxwell Falcone, world famous stage magician and illusionist.[3] He set out to learn how to use real magic and, against the wishes of the Council of Mages, used his powers to "interfere in the corporeal world"-- otherwise known as "fighting crime."[7] Voiced by Peter Higginson.
Elmor - Status:

Flunkie for the Council of Mages, known as "Skipper" to the Flying Squirrel Voiced by ?.

In the '30s Montreal was actually a bigger city than Toronto, and as such, they had their share of mystery men. There was a good deal of bad luck on the subject though, and there were at least four different self-appointed champions that fell during in the period before the war. There is a small section of the old Mont Royal cemetery that commemorates them, but these days it is sadly neglected and seldom visited[8].

The West was more the home of vigilantes than superheroes, though several did wear the classic domino mask of the mystery man. The only one active that was known to posses actual powers was the Grey Fox - possibly the RPA Universe analogue to the Vancouver Vixen, as they had similar costumes and territory[9].

One of the most effective lawmen-outside-the-law active in the west at that time was also one of the most mysterious. He kept the peace in Regina according to his own rules with a pair of booming .45's. The newspapers called him the "Dark Angel", though they never adopted it as an according to Hoyle codename, and if the mystery man in question ever used the name himself, there is no record of it. He appears to have operated without any sort of confidant, and kept no case files or log of his own exploits as so many did, and as a result, almost nothing is known about him today... but he was active at least from the summer of '31 through to the start of the war, after which nothing more is known. Some say he joined up, possibly with the The South Saskatchewan Regiment, but there is little evidence to support those claims one way or another[10].

The East Coast had it's share of mysterious operatives and avenging angels, but it the absence of a large urban environment makes it difficult for the classic mystery man to emerge. There were several operatives in Halifax and at least one in Moncton, but few were active for very long and records are spotty at best[11].

The Chronicle
A popular Toronto newspaper owned by the Red Panda's alter ego. In competition with The Sentinel for readership.

Editor Pearlie is not in the know regarding the identities of Toronto's Masked Marvels, but does know that some of his reporters have an in with the pair. He does not know the nature of said relationship, and honestly does not want to know, but allows Jack "Petey" Peters and, later, Kit Baxter to write him the headlines that sell papers Voiced by ?.
Rink Henderson - Status:

A gossip columnist for the Chronicle that made some provocative claims about the relationship between a wealthy young gad-about and his lady driver.[12] Voiced by ?.
Jack Peters - Status:

A crime reporter of twenty years experience, Petey is also an agent of the Red Panda.[13] Voiced by ?.
Kit Baxter - Status:

After marrying "billionare playboy August Fenwick", A.K.A. the Red Panda, Kit took a job at the newspaper owned by her husband in order to continue to have an excuse to hang out at crime scenes. Voiced by Clarissa Dernederlanden.


The Sentinel
A popular Toronto newspaper in competition with the Chronicle for readership.

The Telegraph
A Toronto newspaper.

The Evening Star
A newspaper mentioned in The Sunday Supplement.

The Club Macaw
The upper class gentlemen's club that the Red Panda's alter ego is a member of. Under direction of the mayor, most of the important city officials are members so that he can have meetings without having to leave the club's opulent surroundings.


The City Father's Benevolent Foundation
Officially a charitable foundation, but it's main function seems to be an excuse for the rich and powerful of Toronto to throw lavish parties without seeming wasteful. [17]