Create the page "Written by Chris Schweizer" on this wiki! See also the search results found. 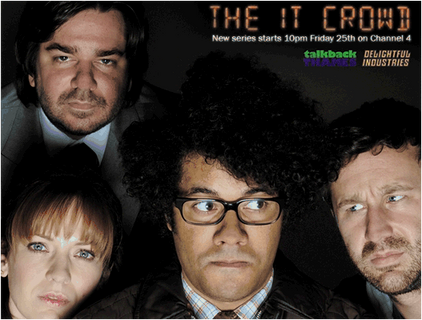 The IT Crowd Wiki

The IT Crowd (pronounced either /ˈɪt/, as in the pronoun, 'it', or as /ˌaɪˈtiː/, as in the IT Department), also spelt The I.T. Crowd, is a BAEFTA and Emmy award-winning Channel 4 sitcom written by Father Ted creator Graham Linehan…